What is a Pre-action Sprinkler System? 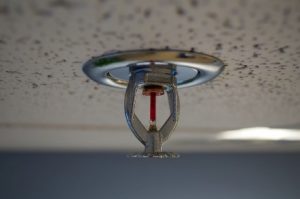 How Does a Pre-action Sprinkler System Work?

The second step for water release is that each sprinkler head must be activated and opened individually for water to douse the affected area.

Some pre-action sprinkler systems are designed to have pressurized nitrogen or air to keep the water in place in the event of a valve failure or accidental opening. Having pressurized pipes is an added precaution to prevent accidental discharge.

The main benefit of installing a pre-action system is the prevention of accidental discharge of the fire sprinkler system. Since the system first needs to fill with water, then have each head individually opened, it is less likely to discharge accidentally. Pre-action systems can also be installed in cold spaces as they do not normally have water in the pipes so freezing is not a concern.

Some places where pre-action systems may be found include: